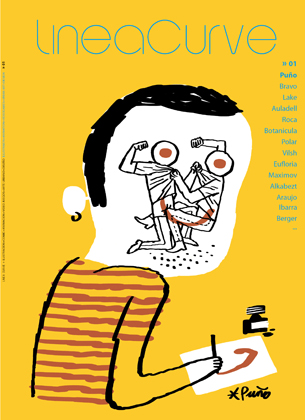 Lake born in 1979 in East Berlin. Began spraying graffiti at thirteen, thus began his interest in mural painting in all its forms. His works are mostly found in public spaces in Berlin. In 1997 held his first exhibition, and since then until today he has round about 30 more in several european cities and worldwide; Germany, Spain, Portugal, Italy, Poland, Sweden, Switzerland, Canada, Mexico, Chile, USA, Argentina, Brazil.

Director and Producer of the documentary movie “Der Flying Circus”. In 2009 publish the second art book with his artworks.

Lake’s work focuses on the liberation of the individual. The subject breaks free of the stranglehold of socially defined behavior norms. Simultaneously seeks and shuns the conscience, trying to to open the path to self-fulfillment.